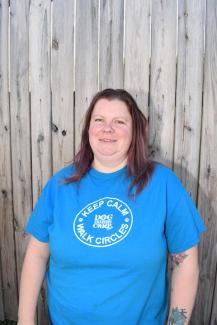 Melinda joined the DTCUSA team in July 2014. After facing some challenges with her Papillon, Merlin, Melinda decided to send him to Training Camp. Shannon and Melinda kept in touch, and Shannon later invited Melinda to join the team. Melinda decided to turn a love and a hobby into a “job” and became a Certified Dog Trainer in December 2014.  The rest is history!

Melinda grew up with dogs, and some of her previous dogs include Merlin, a Papillon who had Sudden Rage Syndrome; Angel, a Border Collie Mix who Melinda taught at home agility; and her childhood dogs Honey the Cocker Spaniel and Snowball the Samoyed. Today Melinda has two sweet dogs: Jack and Guinnevere (Gwen). Jack is a pit/boxer mix who when at home is a lazy dog. He loves to play with all dogs, big and small, and does great with kids. Gwen is Melinda’s happy-go-lucky girl and loves people.

Melinda is located in Rocky Mount. She lives in a big farmhouse on over an acre with a 6-foot privacy fence, along with her husband, Dale, and young son, Acheron. Aside from dogs and family, Melinda loves studying Japanese and watching anime. She has even tried studying Japanese and Korean simultaneously. Melinda has traveled to Turkey and Greece with Liberty University and graduated Alpha Phi Sigma with a Criminal Justice Degree. Melinda and Dale were the first to be married at the Ray Price Bike Fest in the Raleigh Convention Center!

Melinda is especially good at 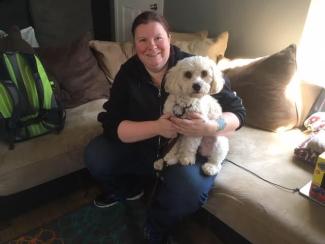 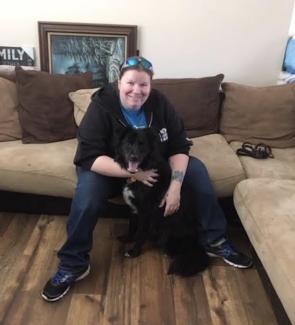