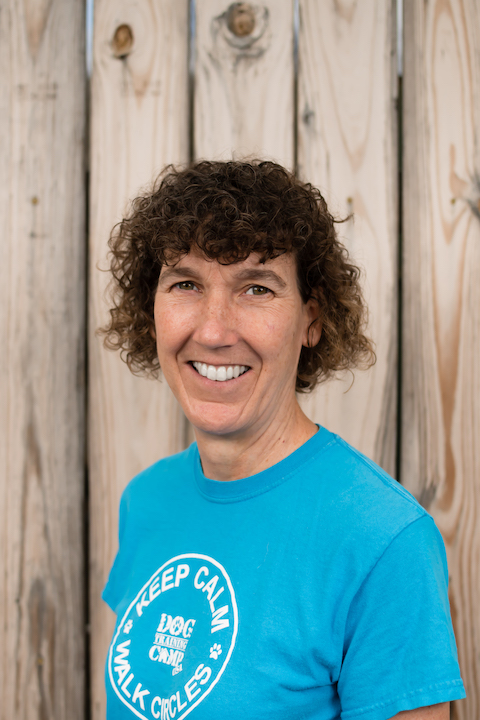 Cole joined the DTCUSA team in May 2016. A rescue volunteer herself, Cole saw many dogs who were surrendered to shelters or not adopted through rescues because the dog had behavior issues. She turned to DTCUSA to teach her how to help these dogs become more adoptable.

Cole fostered for a local rescue group before meeting Dog Training Camp USA. She has one shepherd: Book, a shepherd, mastiff, Pyrenees mutt. He is goofy, protective, and sometimes scared. DTC has helped Cole understand Book and make an environment where he can flourish without destroying the house. She also has a Husky named Kaylee. Kaylee was Cole’s first foster fail. Kaylee lives with Cole’s son when he is in the country, but she lives with Cole the rest of the time. Book and Kaylee get to enjoy a nice fenced in yard in Cary. Cole’s other hobbies include running and traveling the world.